Over the next few weeks, as the admissions office wraps up their work, we will introduce the new students who are joining the Boston University Gastronomy Program this coming fall. Each new student is asked to submit a picture of themselves, a short bio, and what they love most about food. Keep reading to see the newest crop of Gastronomy grads.

Annie St. Clair:  Originally from Fort Worth, Texas Annie graduated from Eckerd College with a BA in international business with a minor in anthropology.

She discovered her love for Anthropology and Food when she studied abroad on Semester At Sea Fall 2009 voyage. She enrolled in an anthropology course called Food and Culture, which explored cultural anthropology through food in relation to geographical, political and cultural influences on consumption and traditions. Describing her experience, Annie says, ‘The course was extremely fascinating because we discussed the food ways of the countries were visiting, which allowed us to experience the food culture firsthand when we arrived in each port! Trying new foods became one of my favorite pastimes.’

Most recently working as an international flight attendant, Annie continues to indulge in new international cuisine, her favorites being breakfast and street foods. However, the exposure to many different cultural food traditions has ignited an eagerness in her to make a difference in her own cultures food landscape. Disappointed in the cheap, convenient, calorie rich, nutrient deficient American food culture, Annie would like to use her Gastronomy degree to transform the American perspective on food.

Gillian Gurish: Born and raised in the Boston area, Gillian holds a BA in English and music minor from Converse College in Spartanburg, SC. She fell in love with food studies during a semester abroad in Florence, Italy, where she took an anthropology class on Food & Culture and a culinary arts class in Italian cooking. Her senior year of undergrad included a self-designed course on Mediterranean food & gender, a special project on tea time in Victorian England, and a senior English thesis on M.F.K. Fisher’s How to Cook a Wolf and WWII-era food ideology.

After graduating in 2011 and returning home to Boston, she took an internship with Chefs Collaborative, the national non-profit network of chefs working to make sustainable practices second-nature in the U.S. food industry, which threw her happily into the wide world of sustainable food. She currently works as the Collaborative’s Membership Coordinator.

Gillian is excited to dig in to researching food policy and culture. She is also a big fan of Prosecco, Zumba, baking excellent oatmeal cookies, and her dog Izzy.

Alex Cheser: Despite living in Kentucky his entire life, Alex is still not an expert at frying chicken and leaves that to the professionals (read: grandmothers). He spent the last four years studying psychology at Transylvania University, an actual institution, and was known for spreading himself thin across commitments such as the improv team, a super cool fraternity, writing a food column, and choreographing routines dressed as Paula Deen that are showing at a YouTube near you.

Alex’s pursuit of gastronomy is the confluence of his love for culture, the social sciences, and food. Plus, it’s time for a change of scenery. Relevant academic interests include identity, consumerism, and gender as it relates to food, food access and education, the passing/blending/forgetting of cultural knowledge, food and media, and the Nordic diet. Other interests include gender and sexuality studies, queer politics, electronic pop music, and Scandinavian culture in its entirety. Ask him about his semester in Norway, he’ll love you.

The future is uncertain for this bright-eyed 22 year old, but he’s contemplating the PhD track in sociology or anthropology. There’s a lot to sort out these next two years. Meanwhile, he’s excited to eat, dance, and explore his way through Boston. 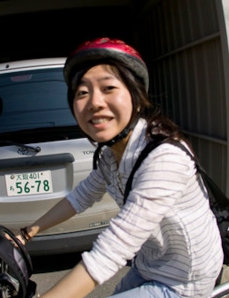 Yao Lu: Yao was born and raised in Chengdu, China, a city with great food culture. The passion for food has also rooted in her family blood when Yao’s great-grandfather was apprenticed to a traditional Chinese bakery in Shanghai 1914.

Yao has earned her bachelor’s degree in advertising from Michigan State University. During her undergraduate career, she studied photography in Hikone Japan, and lived in Bangkok, Thailand for a summer. Not only was she fascinated by the wonderful cuisines, but she also developed great interest in Asian as well as world’s food culture and history. Lately she is researching food therapy and traditional Chinese medicine. She looks forward to broadening her knowledge of food and culture at BU and to taking her first step to a career involved food to help people in a meaningful way.

Come back soon to see the rest of our freshly picked Gastronomy graduate students!