First published in 1974, Prof. Merry White’s Cooking for Crowds combined recipes she acquired in college, ethnic and international dishes, and a few tricks she learned from her neighbor, and fellow BU Gastronomy colleague, Julia Child. To celebrate her cookbook’s 40th anniversary, Princeton University Press has released a special edition complete with original sketches by Edward Koren (now in color) and the same tried and true recipes. 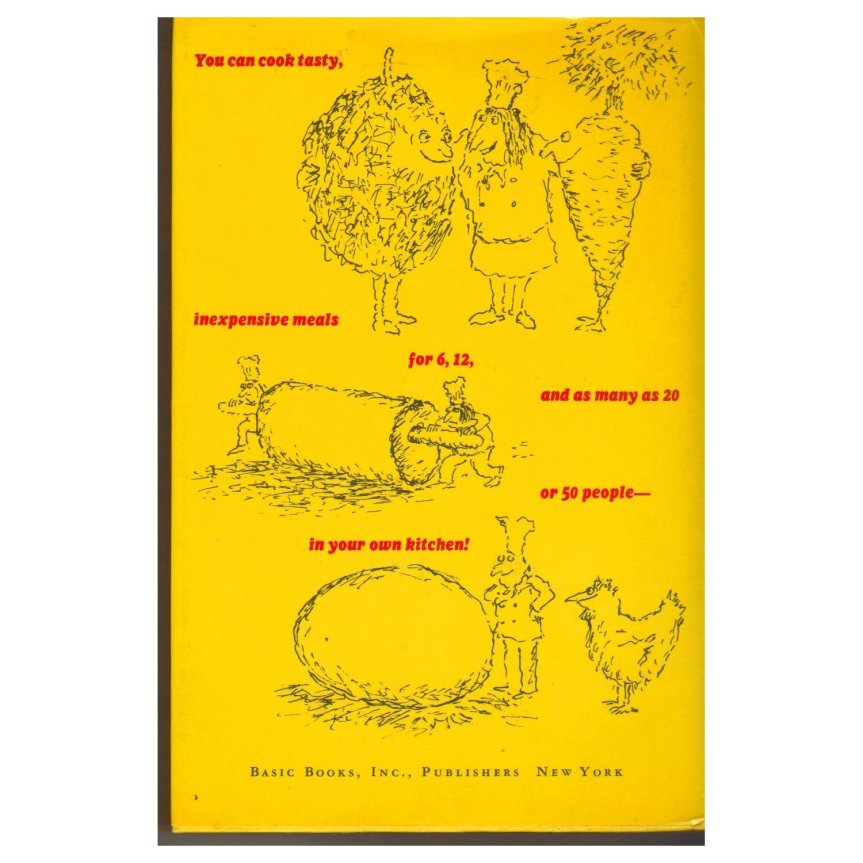 cover of original mustard yellow version of the cookbook.

Check out what other scholars have to say about the new edition:

“Cooking for Crowds represents a coming-of-age moment in the cultural history of food, cooking, and taste in America. It has been one of my favorite cookbooks for more than thirty years.”–Peter Gourevitch, founding dean, School of International Relations and Pacific Studies, University of California, San Diego

“Corky White has been persuaded to reissue the cookbook that was so much a part of our youthful gatherings. These diverse (and feasible) recipes for large tables are ideal for any occasion, whatever your group passions. Edward Koren’s illustrations capture the unbuttoned hirsute fellowship of ingredients and diners.”–Charles Maier, Harvard University

For some of us, this anniversary edition is our first experience with White’s cookbook, but for the past few generations, Cooking for Crowds provided a simple step-by-step introduction to cooking and an edible tour of the world’s diverse cuisines and cultures. And here in the field of Food Studies, we appreciate Merry White’s cookbook for more than its delicious recipes and can also recognize her diligent work as an cultural anthropologist.

Below is a sneak preview of the new edition plus a recipe for Toasted Almond Parfait: 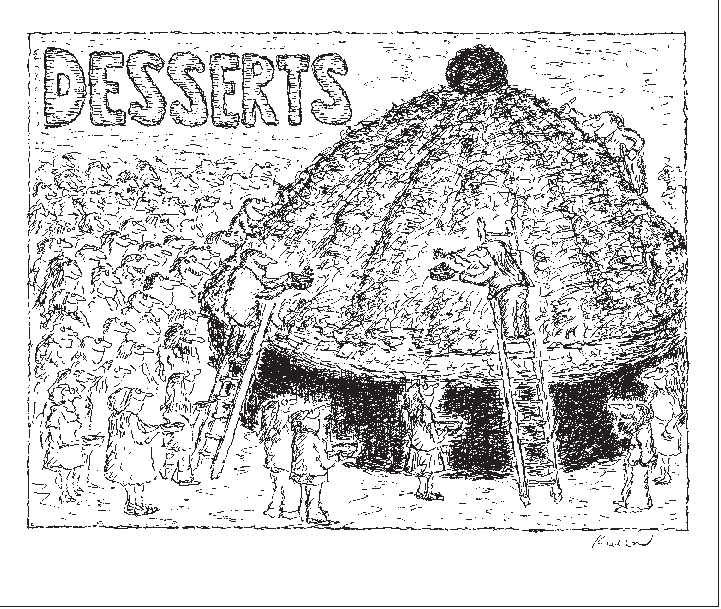 Congratulations, Professor White and here’s to many more editions of Cooking for Crowds! Find the book here and get to cooking!