Perhaps one of the most popular courses offered in the Boston University Gastronomy program, especially for those interested in applying food studies to the communications fields, is Sheryl Julian’s Food Writing for Print Media offered every spring. Julian, who is the dining editor for the Boston Globe, guides students through every form of food writing so that by the end of the semester they are ready to start submitting pieces to newspapers, magazines, websites, and blogs.

If you need any proof as to just how well Julian’s class prepares its students, you only need to read through the Boston Globe’s Food & dining section where every week you’re almost guaranteed to find published recipes, interviews, reviews, and other food-related articles by BU Gastronomy students and alumni, alike. The wave of new Boston Globe food writers from our program has been so impactful that it has caught the attention of Metropolitan College, which recently mentioned on its website how the Gastronomy program is “stirring up a new generation of Globe food and wine correspondents.”

Many students have been published in the Globe as soon as a few months after having taken Julian’s course. A few, like recent graduate Jaclyn Fishman, have become regular contributors to the newspaper, and others have begun contributing to national food publications like Saveur magazine. Besides giving students the practical skill sets to become better food writers, Julian instills a confidence in them to leave the class and start getting their story ideas out there. It’s just one way in which the Gastronomy program at Boston University helps students achieve their professional goals.

I am happy to announce the Programs in Food, Wine & the Art’s very own Bill Nesto has won an André Simon Food and Drink Book Award! Nesto and his co-author Frances Di Savino were granted the 2013 prize in the drink category for their book The World of Sicilian Wine.

The André Simon Food and Drink book awards are granted by the Trustees of the André Simon Memorial Fund, which has honored gastronomic literature since its founding in 1965. Other prizes include the 2013 prize in the food category, Special Commendation, and the John Avery Award. In addition, eight books are honored on the shortlist.

Bill Nesto is a certified Master of Wine and teaches Wine Studies at Boston University. You can visit his blog here.

Congratulations to Boston University’s very own Dr. Merry (Corky) White on winning the 2013 ASFS Book Award for her new publication, Coffee Life in Japan. The award was announced and presented at the recent ASFS/AFHVS 2013 Annual Conference held in East Lansing, MI, where numerous BU Gastronomy students and professors presented their own food-related research. 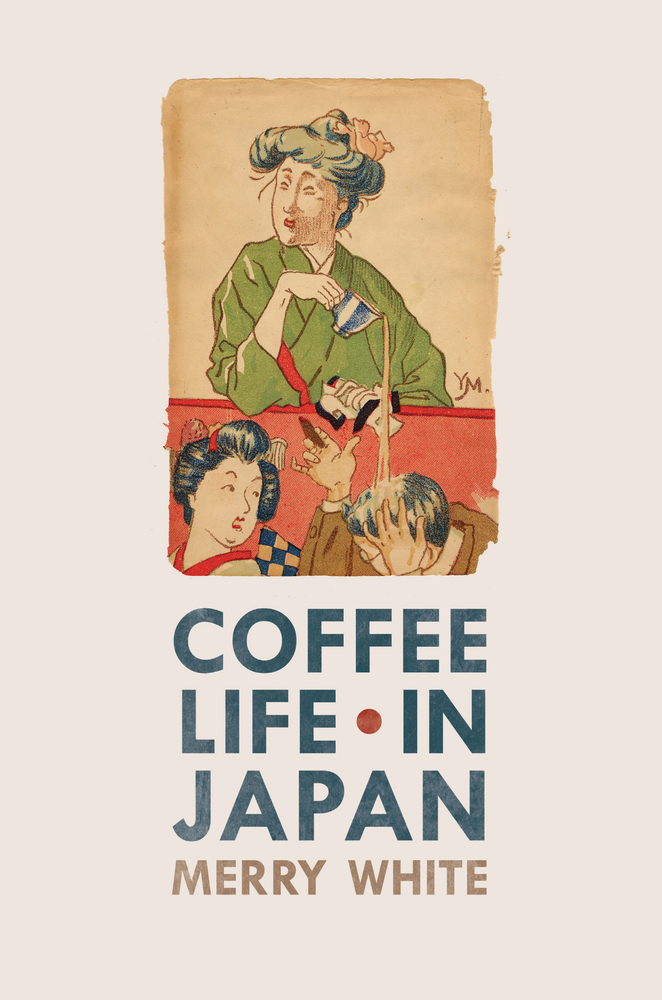 “White wanders from café to café, from brewing master to coffee merchant, with nonchalant pleasure. At times the book structure seems far from linear, returning to topics and concepts already touched on before, but White’s affection for the world she describes is infectious. The narrative often reads like a memoir, and the author is able to transport us to places and situations that are not only described with the eye of the anthropologist, but shared with the passion of a true coffee lover.” — Fabio Parasecoli, “Coffee Life in Japan: The Exotic and The Apparently Familiar,” Huffington Post

“And while White’s style is certainly more academic than storycraft, or even narrative nonfiction, her open, direct approach to the combined forces behind coffee’s sway over this part of the world (and, it should be added, her willingness to explore feminist questions many other writers wouldn’t have thought to ask) should be of of keen interest to anyone who likes coffee, urban spaces, or just Japan. You’ll find your eyes opened beyond the new and storied cafes you’ve heard of and into regional corners and paradoxical tastes, and into the social understanding of coffee as a break from spaces like work and life that, though challenging to all cultures, bear their own Japanese way of being—and have brought forth their own, distinctly Japanese, places of reverent escape.” — Liz Clayton, “Coffee Reads: Coffee Life in Japan,” Serious Eats

Read and listen to interviews about the book:

“What are the Japanese beans like? They favor a medium high roast, not a super dark roast. The Starbucks invasion hasn’t done very well. Yeah, they are everywhere, but they consider those beans charred and that the service isn’t good. They ask you three questions when you go to some coffee shops in Japan. What do you want for body, what do you want for density and what method of brewing would you like? And then they make your cup. And body, koku, is the most significant. It’s a little different from density. Body means a layered taste. Where you get, like with wine, a first hit and layers of taste that follow and what they call the nodogoshi, the taste that lingers down your throat. It’s a complicated set of profiles, it’s not one.” — an excerpt from a larger interview with Dr. White by Aaron Kagan at Boston Eater in 2012

Listen to a podcast discussing Dr. White’s new book and her interview with Marco Werman on PRI, The World.

Pick up a copy, grab a cup of coffee, and get to reading! Once again, congratulations Dr. White!

The scholarship award goes to a matriculating student in the Master of Liberal Arts in Gastronomy program who has been nominated by their instructor for outstanding academic work in their course.

Please join us in congratulating the fall 2011 recipients: