Throughout the year the BU Gastronomy blog will feature occasional posts from special guest writers including current students, recent alumni, professors, and more. The following Guest Post and photographs are brought to you by Gastronomy student Abby Clement who is in her first semester with the Gastronomy Program. This summer she took a month to travel throughout India; what follows is a snapshot of her experience in Kolkata. 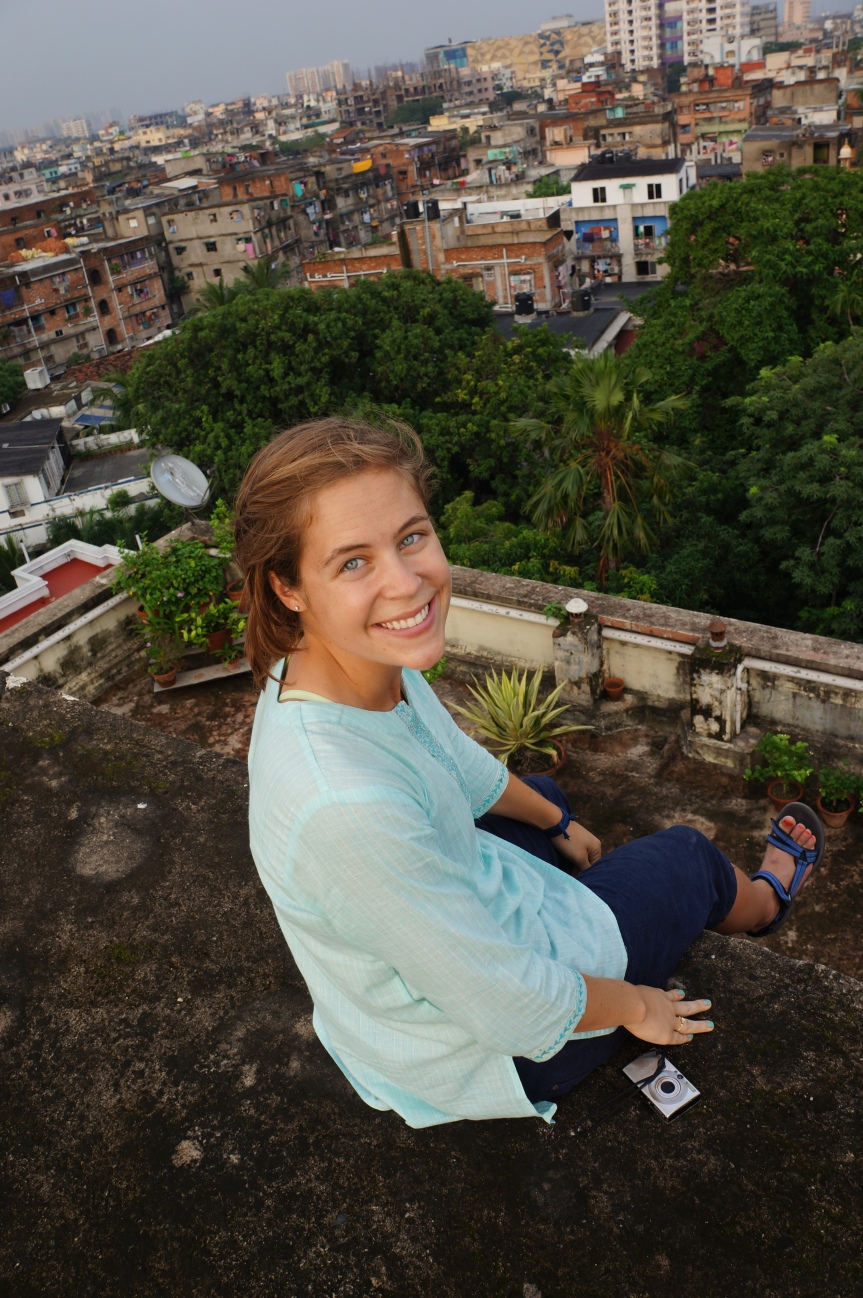 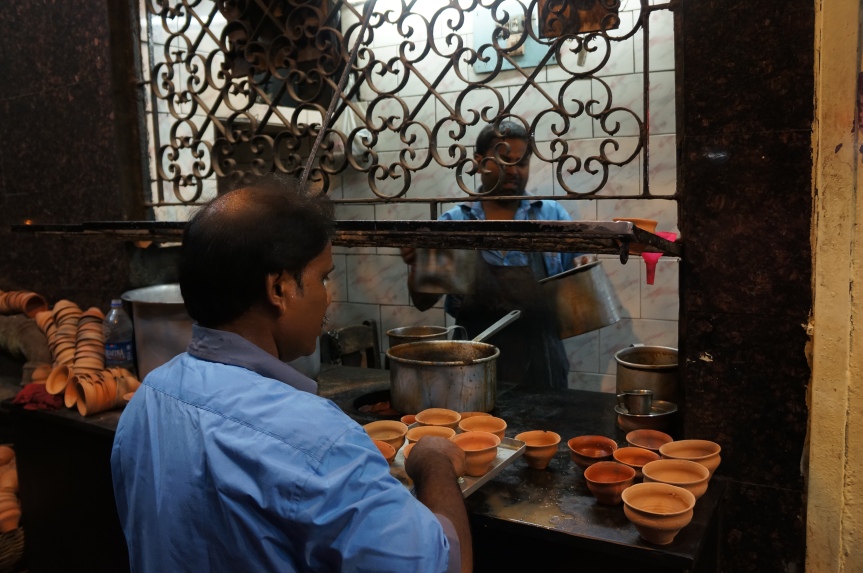 Kolkata held an auspicious place in my mind. Known for its destitute and those who strove to save them, I was wary about what the city would hold and how I would react. The night we arrived, our young hosts took us out for chai. Ten minutes and three death defying driving maneuvers later, we were parked on a side street, sitting on the trunk of the car. Initially the night did not seem too hot, but after a few moments I found my shirt had become sticky- clinging to me as if magnetized and the air had suddenly gotten thick. A squat man carrying a tray trotted up to us and spoke a few sharp words in Hindi, one of which was chai. We ordered one for each of us, and he disappeared into a storefront thirty yards up the road. 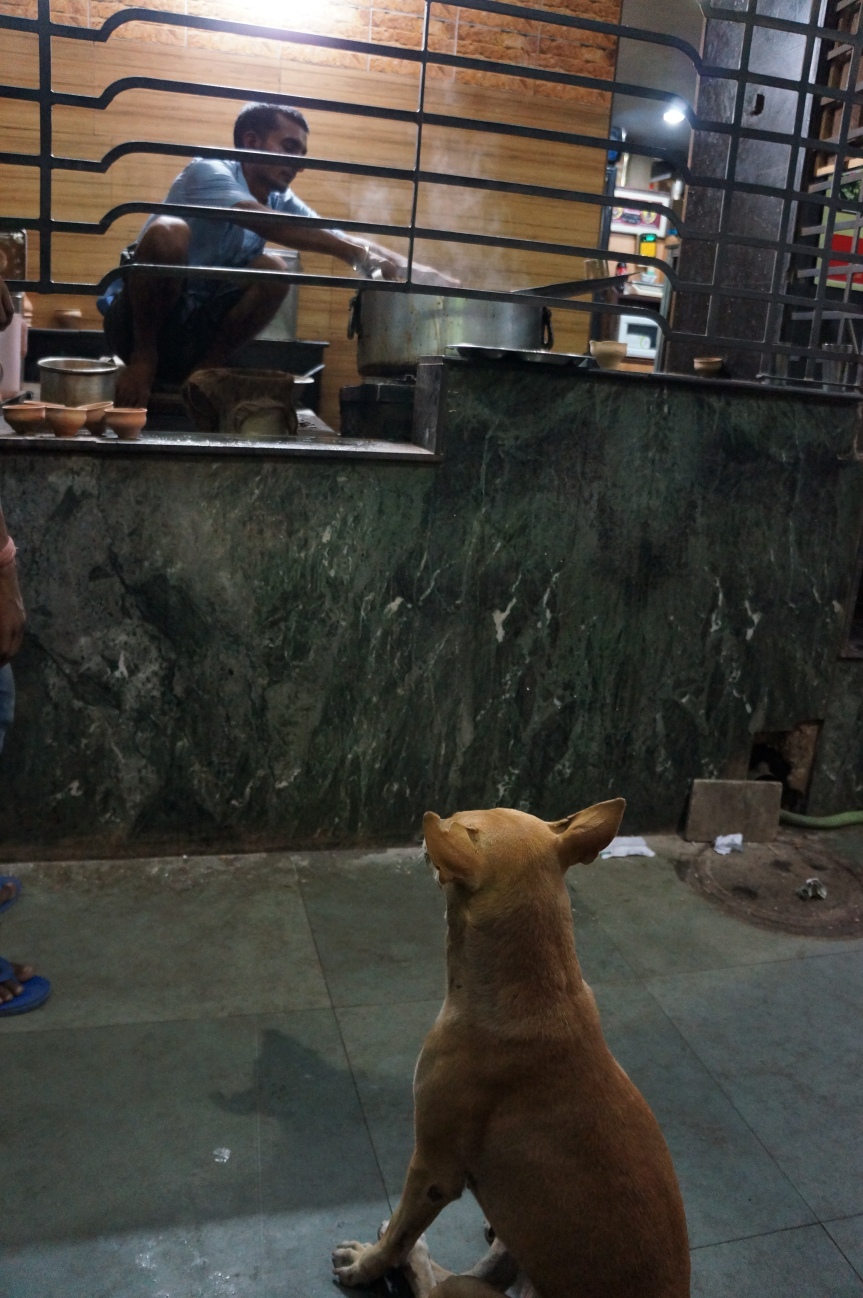 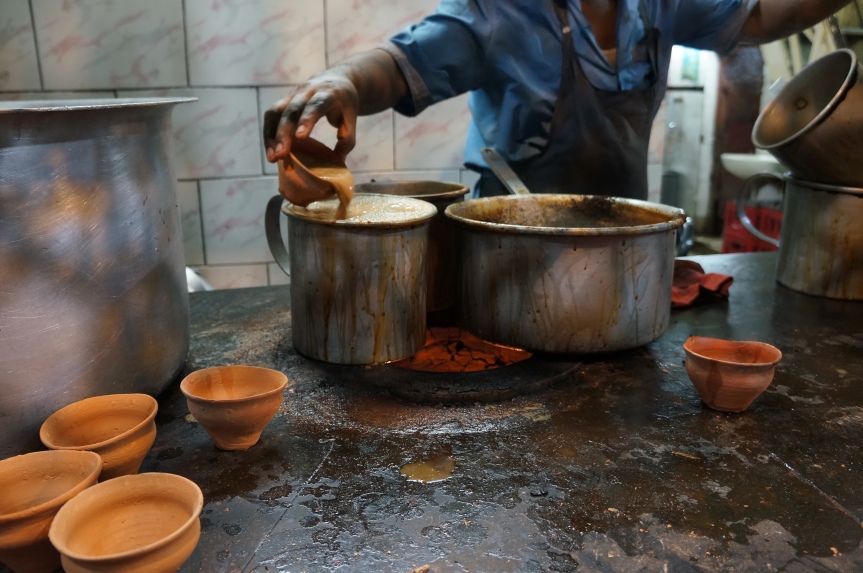 Normally, tea would not be my drink of choice on a humid sticky night. This was not any tea. This was milky, earthy, spicy and sweet; the gritty texture of the clay pot adding to its character. The hot tea and the humid air worked together like a double melody–not competing with each other or making their similarities to strong to bear…more like two best friends singing the same song on the radio. Same words, same tune, but infinitely better than singing by yourself. Maybe it was the company, maybe it was the moment. Maybe it was the fact that you smash the clay pot on the ground when you’re done. Who knows. But sitting on that trunk on a typical Kolkata Sunday night, I couldn’t stop smiling. 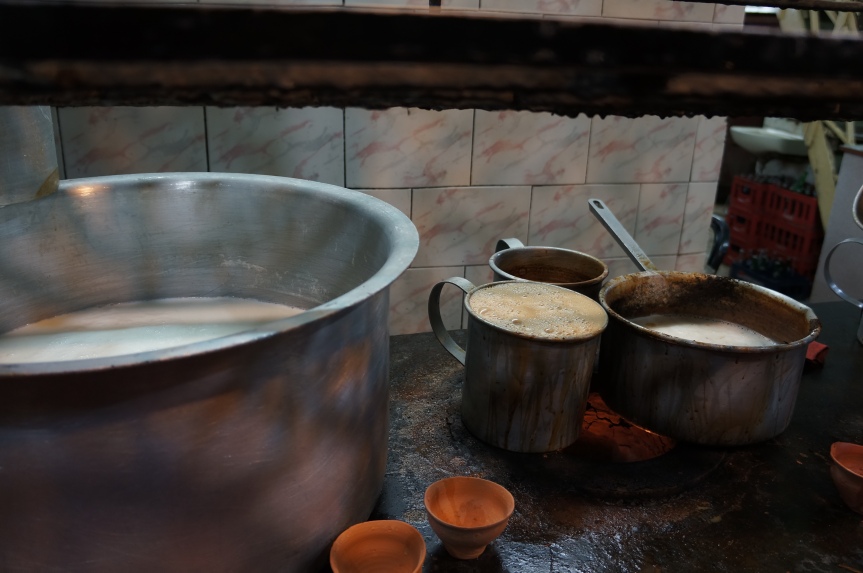 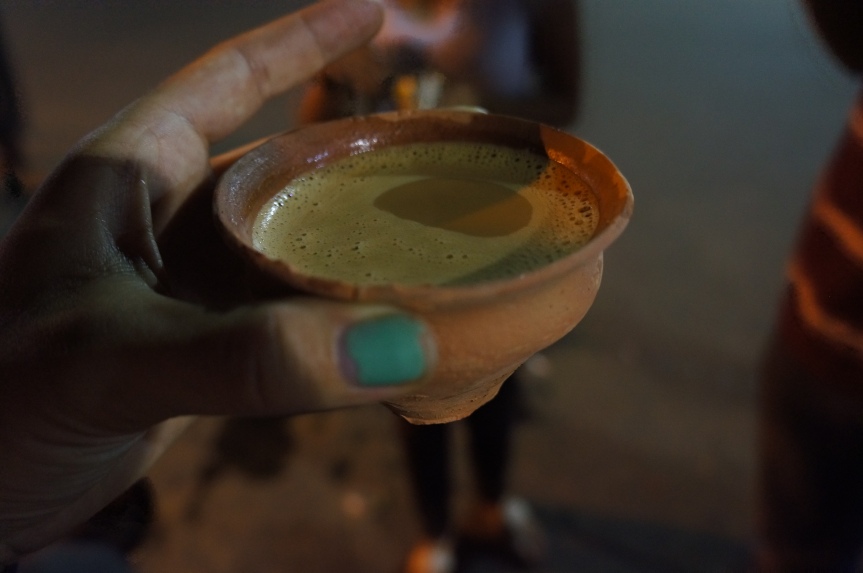 Are you a current student or a recent alum with a food-filled story to share? Pitch your idea to gastronomyatbu@gmail.com and get published on the BU Gastronomy blog!

3 thoughts on “Guest Post: A Photo Essay on Chai in Kolkata, India”